by Hannah Boeving
Now that you are acquainted with Composition, it is time to engage in a much larger adventure. As you progress through Chapter Two - "Master of Scribes," you will work on your ability as a player to engage in difficult discourse, fine tune your skills of argumentation, learn about the powers of research, and find your voice in a sustained work. This will not be easy, and each player will be pushed to discover new and interesting ideas related to their personal raids. Do not lose your momentum, players; the adventures have only just begun... 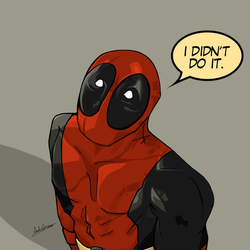 By severusgraves
This raid requires you to shift from reflection of the individual to that of a social and cultural issue important to you. Before you start researching, you should provide a proposal for a sustained project that explores a problem that is affecting you and/or people around you. You will script and record a video that details the reasons for choosing this problem, planned method of research and writing, and the ultimate purpose for your Researched Essay (Raid Four). Be sure to cover your topic, your call to action, your potential sources and problems, and the significance of the proposed project. This video should include a preliminary Works Cited page, image credits, and a draft of the script being used for the video. The video itself should be between two and five minutes in length.

Raid Instructions
We started with the question: "What are you passionate about?" Now, you are going to take your passion--refined through your Mystory--and apply it to a problem that affects you, your community (people you know), and something that has a complicated history; i.e., not something that can be fixed by setting your oven to self clean. This should be a project that you are passionate about which has multiple points of inquiry. Your research will cover the history of the issue, both personal and community oriented, its perceived identity in the public and entertainment, its effect on you personally, and the ideas that surround it. These points of inquiry are summed up in four institutions: Family, History, Mythology, and Philosophy. Your proposal is an opportunity to think of a problem and articulate why you want to research it to implement change. It should be something personal and greatly impactful on your life in some way.

This raid is divided into two parts, which is detailed below:SpecializationsTo Upload:
The script should be placed in a GoogleDoc in Drive under the "Raid Two" folder. Name it: "Last Name - Avatar Name - Specialization - Raid Two"
The video should be uploaded to Behance. To upload, click on Share in Spark, then "embed." Copy this text into the "embed" feature on Behance. If it is from Premiere, upload to Youtube, and then embed.  Make sure you add it to the team page under the "discoverability" tab. (for more information on uploading to Behance, check the game guide > help > technology page on this site or the video at the bottom of the Journey Log page.
Due: February 1st

This Raid is the next step towards writing Raid Four's Konsult. You will be focussing on your research topic with the goal to find as many sources as you can that will further your understanding and provide new and interesting questions for your topic. You will be engaging in books, journal articles, videos, and pop culture articles from different viewpoints to shape your analysis.

After doing extensive research you must select a total of Six sources that you will use for your Konsult (Raid Four). These sources should be critically read and vetted before selecting for the annotated bibliography. You may only have two sources that are primary sources or popular news articles/videos. Four of these articles must be peer-reviewed journal articles and/or from reliable academic sources. Once all six have been acquired and read, please do the following for each article:After completing the annotated bibliography text, you need to create a 60 - 120 second video explaining what you learned through this process and where you are going next. Please upload the video to Behance as "Last Name - Raid Three"

Things to consider:
Remember, to fully complete the Konsult, you need articles that will engage with the four institutions: Family, History, Mythology, and Philosophy. You should also represent multiple sides of the argument to give a full breadth of the topic you are researching. You may find it difficult to choose just six for this raid, but if you want feedback, you can include more. The final project will require much more research.


Remember to write the document in MLA8 (or APA/Chicago) format and provide the full citation. In addition to this task, also complete the following based on your classification/specialization: All Raids should be submitted in the "Raid Three" folder on GoogleDocs named as the following: "Last Name - Specialization - Raid Three."

This raid requires you to practice your rhetorical knowledge and develop an extended researched argument using multimodal composition strategies. Your Konsult will engage in both primary and secondary research within the following heuristics: Family, Mythology, History, and Philosophy. The Konsult will be a large multimodal composition that will examine the full breadth of an issue and expands on the understanding of it through the use of rhetorical analysis. You, as researcher and author, set the intended audience for this raid. The target audience could be a general and diverse audience, or a specific community dealing with this issue, so to be persuasive and effective it is necessary to support your claims with evidence from a variety of sources. Remember to incorporate possible objections to your argument (i.e., rebuttals to those objections) with a goal of helping to mediate opposing sides of an issue (rather than offer mere opinions). The goal is not to achieve consensus, but to put forth a well-reasoned and well-supported argument that helps your audience move toward understanding, but also possible action.

Also, make sure you have a survey:
The survey should have a minimum of five questions and you need to represent data in two ways: 1 chart (of your choice) that shows responses (refer to it as a "figure" in the essay); and refer to responses with percentages.

You may want include video from the interview/focus group (if you got permission), sound bites, or larger quotes.

Surveys can be done via GoogleForms or SurveyMonkey.

This will not be a traditional essay. You are expected to explore your and other personal narratives and engage with both primary and secondary research to address the larger Konsult project. There are several ways in which you can organize your Konsult:

Download File
For Draft 2: Make revisions based on peer review comments, then continue writing until you have about 1000 words. This will likely be the introduction and two institutions or an institution and personal narrative. The second draft is like a "half draft." Make sure you are integrating quotes and do your best to integrate your interviews/focus groups.

For Draft 3: ​This should be a close to finished full draft. You should have all of your institutions represented and both pieces of primary research done. This draft is also going to the instructor for review.